Microsoft is killing off Windows Messenger on March 15 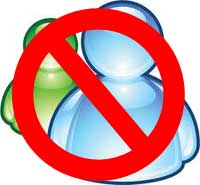 According to multiple reports, and confirmed by Microsoft, Windows Messenger will no longer be supported and Microsoft is telling Messenger users to adopt Skype which was purchased by Microsoft in October 2011 for $8.5B.

To help people migrate before the deadline, Microsoft has added an upgrade button (see the link above) to its desktop Messenger that when clicked uninstalls Messenger and puts Skype in its place.

The service was originally known as MSN Messenger when it first launched in 1999 and has about 300 million users every month. Until the 15th of March, MS has said that the service will work as usual.

Net101 is a Google Partner
specializing in Google Ads