How We Became SEO Experts And Digital Marketing Consultants

When we started Net101 in January of 1995, we were coming off of a year where Stormy had left her engineering job and I left my banking position to understand and get a good grip on this relatively new thing called the World Wide Web. Both of us spent our days watching, learning and creating.

In 1995, Yahoo! was the dominant search engine with others like Excite, Lycos, Infoseek and Alta Vista trying hard to overtake them. At that time, Yahoo! was all I used. It was easy, kind of fast and gave me results that I found to be satisfactory.

One day in 1998, Stormy started to use this thing called Google. She said that the results were more relevant then any of the others and that it was very quick. So I adopted it as well and began using it exclusively. Around this same time, we had started an online travel agency which was providing us with a little income, not enough to pay the bills, but enough to provide us with a nice income base.

We began to actively figure out ways to get more traffic to the website, but back then, there were very few resources available. If anyone did figure out “The Secret Sauce” of internet success, they were unwilling to share it, and understandably so.

One day, we heard that a conference on search engines was about to happen in San Francisco. The first ever Search Engine Strategies Conference. It was held on November 18, 1999 at the Renaissance Parc 55 Hotel for that one day only. The conference was held in one room with all of the exhibitors out in the nearby lobby with very small booths. The exhibitors included Ah-ha, Alta Vista, AOL, FindWhat, Voila, GoTo, Intelliseek, Searchbutton and Google.

I got pretty excited when I saw that Google was there as they were only two years old but were getting terrific traction as a premier search engine. I remember their booth vividly. It was just a small kiosk-like table with a computer and a monitor that was staffed by two guys. I have no idea who they were, but for all I know they could have been Larry Page and Sergey Brin as their brand had not taken off just yet.

I asked them “How do you rank well in Google”? One of them said “Put what you want your company to be found for in your Title Tag”. I replied great, thanks… what’s a title tag?

After a bit of explanation and some additional research at the conference, We went back to L.A. and I altered all of the Title Tags on our travel site to reflect our highest grossing product – international flights.

Within three months we started to see a major increase in sales. We could not figure out what was happening but it was awesome! I checked my server logs (no Google Analytics back then) and noticed that all of this new website traffic was coming from Google, and it was converting into bucks.

We then used what we had learned to create hundreds of other web pages for travel destinations, we built out each page with everything we had learned. When we sold the business in 2011, it had become one of the largest independently owned travel sites on the internet.

What we discovered is now called SEO. Back then it was just asking the right person a simple question. 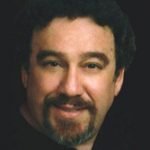 Marc Harris has extensive experience in SEO, content creation, website development and internet marketing. He is a moderator at WebmasterWorld, one of the largest websites for news and discussions geared toward website professionals.

Net101 is a Google Partner
specializing in Google Ads